On Thursday, September 8, Cabinet Secretary for Education George Magoha advised President-elect William Ruto on how to run the ministry.

Speaking to the press during his CBC inspection tour of Mombasa and Kwale counties, Magoha also confirmed that he was ready to leave office, with the end of President Uhuru Kenyatta’s administration. .

He challenged the president and his successor to prioritize service delivery to all Kenyan children by accelerating ministry spending.

He also warned Ruto against politicizing the education file, explaining that children’s lives and futures are constantly at stake.

“As I walk away from this ministry, the biggest elephant in the room that everyone has to deal with, starting with His Excellency the President-Elect down to the most junior officer in the field, is s ensure we get what we pay for.

“If there is a shilling in Kenya that should be spent on a child, it should be spent. Not 90 cents or 10 cents. we, as implementers, are not doing what we are supposed to do,” he explained.

During his tour, he noted that the second phase of the Competency Based Curriculum (CBC) was 97% complete with 9,800 courses already completed.

Magoha also highlighted his ministry’s attention to children from disadvantaged backgrounds as one of the greatest achievements of his tenure.

“Our conscience when leaving is very clear that we have paid attention to the weakest link and it is the child in the slums who does not have the capacity to go to school otherwise,” he said. added.

In his manifesto, Ruto pledged to address inequalities in the country’s education system to level the playing field for all children, regardless of background.

Some of the measures he promised include overhauling the current examination-based academic progression system as well as improving the capacity of day secondary schools to ensure access to quality education and reduce the cost of education.

The president-elect also pledged to fill the current teacher gap of 116,000 within two fiscal years. 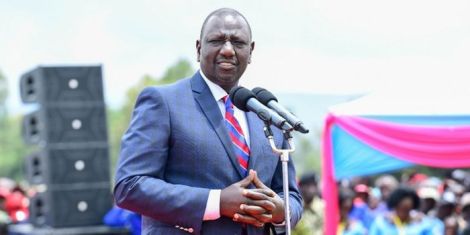 Saint Lucia: the Ministry of Education advises to close schools in bad weather

Huge funds for sport remain unused at the Ministry of Education